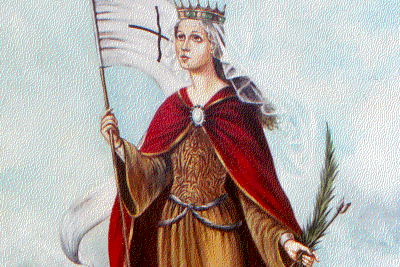 EGC – February 7th – 17th, 2012 Rome, Italy
The Enlarged General Council Meeting for 2012 was officially opened with a warm welcome by M. Cecilia, followed by a prayer ritual and her conference.  The sisters gathered in the Chapter Room and we began with the song “Open my Eyes, Lord.”

The entire meeting was dedicated towards preparing for the General Chapter of 2013.  Topics were presented, discussed in small and large groups and suggestions and recommendations surfaced as to how best to approach these topics.  Some of these topics were:

A good part of the time together centered on the two biblical themes that M. Cecilia shared with us in her opening conference as possible themes for the General Chapter:

After much prayer – personal, in small groups and in assembly together – as well as discussion and deep sharing the assembly was able to come to a consensus on the theme:  “Go out into Deep Water….”  (Luke 5:1-11)

We are grateful to all who worked so hard to make this Enlarged General Council Meeting such a meaningful and life giving meeting. 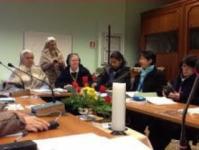